August was a relatively quiet month as far as domestic energy price trends were concerned. Although wholesale gas prices fell by 8% on the month - the first fall in 5 months - there was no movement in either the Standard Variable tariffs of the Big 6, or of the price of the cheapest energy tariff.

Consequently savings from energy switching have stayed flat at £325. This is down from a record high of £378 in March 2016.

Despite the relatively calm background there were some surprising, and potentially worrying, price moves particularly from Co-operative Energy.

Is this telling us something about the energy market, or about issues at Co-operative Energy? We suspect the later but time will tell.

As we predicted back in early June 2016 in our note Energy bills have bottomed. Time to switch!, the price of the cheapest energy tariffs bottomed at the beginning of June 2016, and has been rising steadily since. We expect this trend to continue through the rest of 2016. 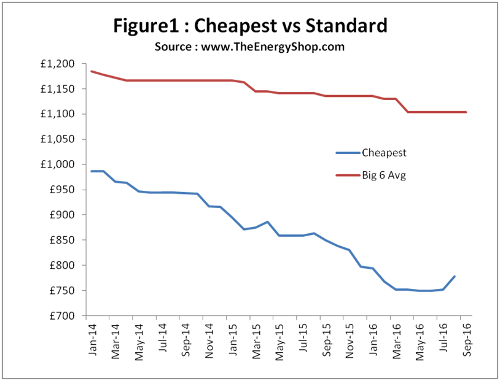 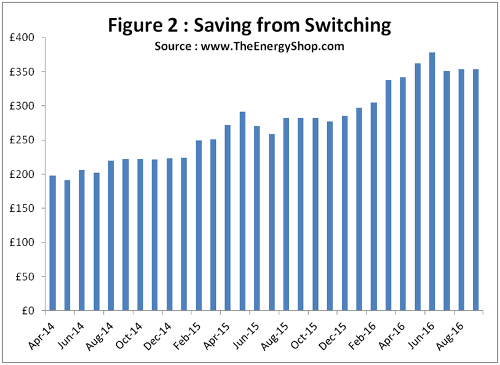 "Savings from energy switching, at &pound325 for the average domestic household, are still extremely high by historic standards so mow is a great time bag some incredible savings before prices increase further.""

"It is unusual to find a mid-tier energy supplier offering worse deals than the Standard tariffs of the Big 6, but Co-operative Energy is in that place now. Co-operative Energy customers should cut and run now for a spectacular saving of &pound374."